Most beginners are confused about what decks they should buy. Here is a guide to five of the most popular decks. 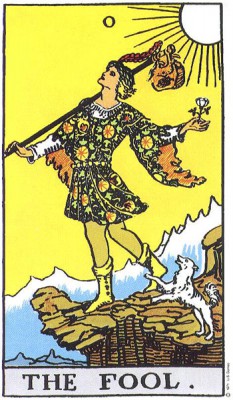 This is the deck that I recommend to all beginners. I believe it to be the best deck for beginners. Its art style is easy to understand and it’s for everyone. The images also contain many symbols without looking too complicated.

There is a myth that Waite Smith Tarot is only for beginners. I don’t know where this nonsense comes from, but it’s nonsense. It’s an excellent deck for beginners and veterans alike. If you want, you can even stick with it for decades, and you will keep discovering new understandings of it.

This is also the deck that I use personally.

Waite Smith Tarot has many variations. There are two types of variations, first is color scheme.

The universal Rider Waite Tarot is the version recolored by U.S. Games.

The Radiant Waite Tarot is a version with bright colors. It has some tiny details that are inconsistent with the original so you might want to stay away from this deck if you are a perfectionist.

The second type of variations is size. They are standard, pocket, mini, and tiny.

The tiny version is as large as your thumb. It’s too small for most people.

The pocket version is slight smaller than the standard version and can be fit into your pocket nicely. This is also the version that I use now.

The size of mini version is between the above two.

The standard version is just standard.

If you don’t know which one to choose, most people use standard size Universal Waite Tarot. 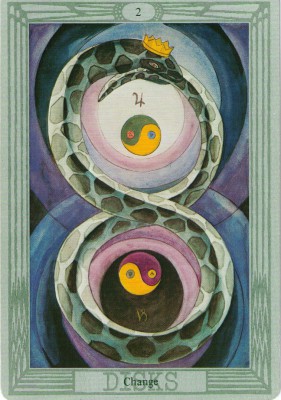 While the images of Waite Smith Tarot are neutral and could be accepted and understood by anyone, The art style of Thoth Tarot has more character and coolness.

It’s designed by the famous and infamous occultist, Aleister Crowley and drawn by Lady Frieda Harris.

Some hate Crowley because he does drugs and sex many women and men. Some love him because of his ideas and coolness. He basically created his own magical systems. He is also the first one to define magick as “the Science and Art of causing Change to occur in conformity with Will”.

Regardless of what you think of this man, his deck is excellent.

But as is anything having to do with Crowley, this deck has a steep learning curve. I suggest you begin with Rider Waite unless you like this deck very much or are already familiar with magick and the thoughts of Crowley. 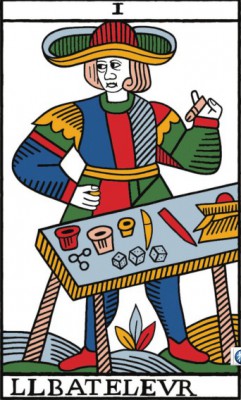 The English world has moved on to use decks designed by Englishmen (Both Waite and Crowley are English), but the French world kept using… the French decks, Tarot de Marseille.

TdM is not a single deck but a type of deck and these decks are excellent. But there are two problems.

1) Its Minor Arcana has only patterns. 4 of swords, for example, would show 4 swords and almost nothing else. So they aren’t as easy to use as Rider Waite Tarot.

2) English books on how to use TdM for readings are very limited. Most books take a historical approach.

For English-speaking beginners, I advise against it. 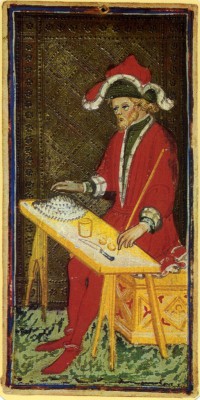 Visconti-Sforza Tarot is like that car from 1970s. It’s a historical deck. It’s the oldest tarot deck that we could get our hands on and is almost complete. Yeah, almost. Several cards are missing (Or they may not be present at all, we have no idea) so publishers have someone designed them and put together a deck for sale.

Most modern tarot readers don’t use it, and its images are very different from modern decks.

It could still be used for divination but it’s not good for beginners. You usually read books to learn Tarot reading and most of the books focus on modern decks. It would be like learning how to drive a modern car while practicing with a car from 1970s. It just doesn’t make sense.

If you insist, however, you could still use it after you’ve become more experienced. And you should read this blog to learn how to read them.

Osho-Zen Tarot is like a car that’s designed to swim — It looks like a car but it’s something completely different.

Its structure is similar to Tarot, but that’s the only thing that is similar.

Most tarot decks share something more than similarity in structure. Most major arcana in most decks tell the same story, only in different art styles and different themes, with some different ideas. Underneath, they’re not trying to depict something entirely different, but to interpret the same thing with artists’ unique understanding.

For example, the emperor in Waite Smith Tarot faces forward while The Emperor in Thoth Tarot turns to the left, but there are many similarities. Both are emperors, both have symbols related to Ares, both have a lot of red, and both have a ball in the emperor’s hand.

They are similar because they both evolved from TdM and are influenced by the thoughts of the Golden Dawn. The modern Tarot decks are similar to them because they are often based on Waite Smith Tarot.

Osho-Zen Tarot doesn’t evolve from anything, it’s just Osho’s thoughts put into cards and taking the form of a Tarot deck.

This in itself is not a problem, but I won’t consider it a Tarot deck and I don’t recommend it to beginners.

Buy it if you want, just remember that there is more Osho in it than Tarot.