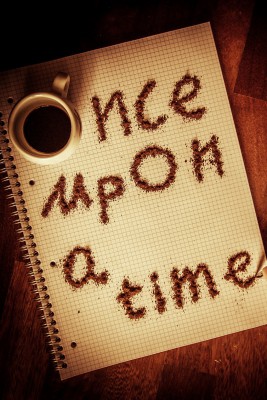 I promise to keep this post short, plain and easy to understand. You promise me you will read through it.

I know too many people who simply don’t enjoy learning history.

But knowing Tarot’s history helps you A) pick a tarot deck because you will know about the many good decks and what makes them good; B) spot myths quickly because they have been around for too long a time; C) know where is the name Major Arcana from; D) know why Hierophant is Hierophant and not Pope.

Now, you sure as hell won’t get all these cool benefits from just reading this one short post, but it could be a great start.

Basically, I see the history of Tarot as three distinctive stages.

The last stage is the popular stage. It lasts until today and begins in the last century when some Americans “discovered” tarot and thought it could make them good money. They popularized the Rider Waite Smith Tarot.

With so many people coming to study tarot, some brilliant authors emerged and shaped the tarot reading as we know today. Some of these authors are Mary Greer, Rachael Pollack, among many others.

But what is the tarot that we discovered in the last century? The answers lie in the second stage.

The second stage is the occult science stage. During this stage, nobody but occultists took an interest into Tarot.

It began in 1781 when Gébelin “discovered” tarot accidentally. The moment that he saw it at his friends’ house, he became very excited because he saw Egyptian wisdom disguised as playing cards. He went on to decrypt these wisdom.

By the way, this man also believed the world degenerated from Golden Age to Silver Age to Bronze Age. This is, of course,  speculation without any scientific proof. His theories on Tarot were speculations too. But he mistook his speculations as truth and then modified tarot to suit his theories.

He may be the first delusional man associated with Tarot, he is certainly not the last.

He published his thoughts in his famous book. Through this book, other occultists came to know Tarot. And they were either as delusional  or had chosen deliberately to lie.

Either way, they continued to “discover” all kinds of occult sciences in tarot,. In effect, they have turned tarot from a playing cards into a tool that has connections to many occult sciences, including alchemy, astrology, Kabbalah, and more.

The occult science of Tarot is really created by these men, instead of giving to men by Gods or angels.

Like Gebelin, many of them also designed their own versions of Tarot.

The tarot that got discovered in stage three is exactly one of these decks. And most correspondences about tarot we knew today are also formed during this stage. And they are mostly from an organization called the Golden Dawn.

You can argue that stage two also extends to today because Tarot is still studied as an occult science.

Still, the Tarot in this stage is discovered. What are the cards that they discovered, and where exactly are they from?

Historical research gives us a rough idea: Tarot was most likely just a type of playing cards originally.

Stage one is the playing cards stage. This is the part where much is lost in the history because how insignificant Tarot was back then. From what fragments we now have access to, we can say that tarot most likely first appeared in Italy of 15th century.

As time past, tarot as a type of playing cards evolved, and there are many versions. Some of the most famous ones are Visconti-Sforza Tarot, Carl-Yale tarot.

And sometime in France, one distinctive style emerged.  Not a single deck, but rather a group of decks that share the same characteristics. They are called Tarot de Marseille, TdM in short. Almost all the later occult development in stage two is based on these TdM.

Do keep in mind that this is only about Tarot history in the English world. It is said that the French keeps using TdM and have formed different thoughts.